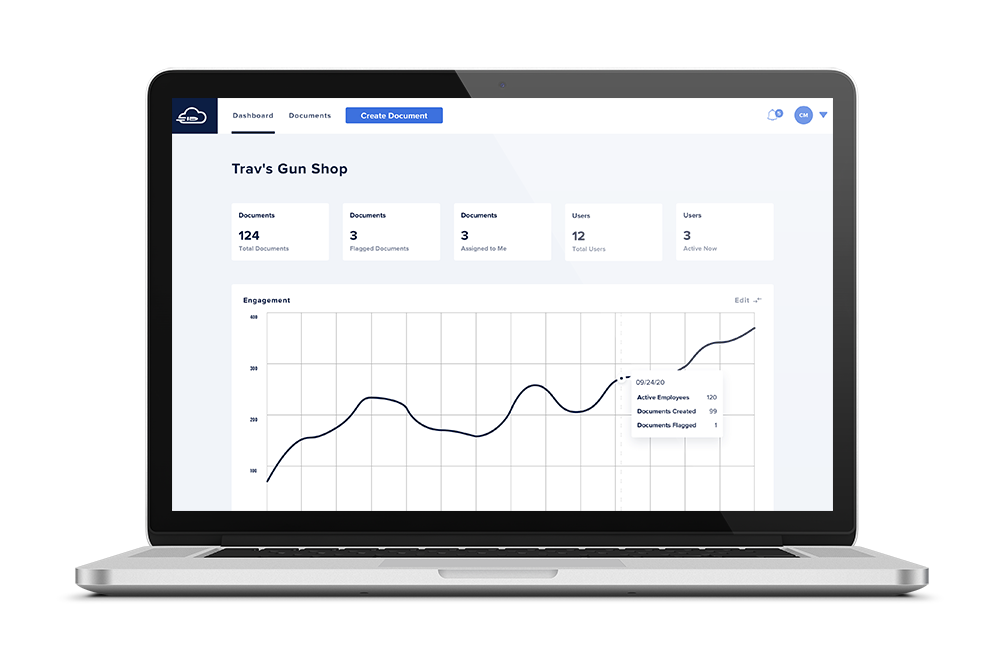 As software developers, it often feels like we’re living in the Wild West where there are no rules. And, as Clint Eastwood taught us in The Good, the Bad and the Ugly, “You see, in this world there’s two kinds of people, my friend: Those with loaded guns and those who dig.”

Vice Software digs. Our client, Silencer Shop, an innovative FFL partner that revolutionized and simplified the NFA buying process for gun suppressors, they have the guns. Now, they need our help to dig into a persistent issue in the industry: forms management.

Sighting-In: The Limits of Federal Regulations

After the assassinations of President John Kennedy, Attorney General Robert Kennedy and Dr. Martin Luther King, Jr., the Gun Control Act was passed in 1968 to impose stricter licensing and regulation on the firearms industry. Among many other standards set by this act, this legislation strengthened the licensing and record-keeping requirements for gun dealers. Up until this point, gun dealers were subject to virtually no systematic scrutiny.

Over fifty years later, the GCA is still the predominant regulator of the firearm industry. That’s shocking to think about when you consider how different the world is now compared to the late 60s. When this law was written, programmers were still using COBOL. The only clouds they were talking about were the ones in the sky. If you asked gun dealers what kind of document management system they were using, they would have pointed to their filing cabinet. In other words, it was a different time.

Imagine if all industries were required to follow recordkeeping procedures that were introduced in 1968. Our lives would be incredibly inefficient.

Per the GCA, every time a person buys a firearm from a Federal Firearms Licensee (FFL), they’re required to fill out a document, known as Form 4473. These forms have to be stored for twenty years by an FFL, and up until 2008, they even had to be filled out on paper. Eventually the Bureau of Alcohol, Tobacco and Firearms (ATF) allowed dealers to use e4473 software, which made completing the form much simpler, but FFLs still had to print it out and store it. As a result, it’s not uncommon for FFLs to have warehouses full of 4473 forms.

You don’t have to search very long to start spotting glaring problems with this process. For dealers, keeping track of warehouses full of documents is as tedious as you’d expect. On top of that, it’s expensive to maintain all that storage space. For the ATF, auditing so many physical records is a laborious, time-consuming undertaking.

In the age of the cloud and digital document storage systems, it should be easy to solve this administrative dilemma, right? Unfortunately, no. Anytime an FFL wants to operate outside of a regulation, ATF has to give approval – or a variance – that the request is not contrary to the law. The ATF didn’t issue their first variance for digital storage until 2018.

To secure a variance, the ATF has to review every aspect of the solution you’ve built and any actions you’ve taken thus far as well as performing a sort of mock inspection. That wouldn’t be so bad if a software platform only had to secure one variance that would apply to any FFL that uses it. Instead, every time an FFL wants to get approval to digitally store Form 4473s, they have to secure a separate variance from the ATF.

Silencer Shop works with FFLs on a daily basis, and is very familiar with the constraints of the regulations for the firearms industry. They realized that what FFLs really needed was a kind of digital storage unit where they could store 4473 forms regardless of the e4473 software they may already be using to complete the form. It was out of this understanding that they developed the concept for 4473 Cloud.

By creating a cloud-based digital storage system recognized by the ATF that anyone can use, a variance will become much easier to obtain by FFLs. As the creators of 4473 Cloud, Silencer Shop will even be able to help FFLs apply for their variance, taking all the pain points out of the process.

Digital storage systems for 4473 forms must meet 16 minimum standards as laid out by the ATF. These rules are meant to ensure that they comply with all ATF rules and regulations and won’t interfere with compliance inspections. Here are the highlights:

A few of these standards needed special attention during the process of developing a successful software application. From a development standpoint, one of the biggest challenges was requiring documents to be saved in an “unalterable” format. Initially, the ATF only asked that all changes on forms be tracked, but Silencer Shop pushed for forms to be saved in an unalterable (tamper-evident) format. The reason? It allows Form 4473s to be admissible in court.

“While creating tamper-evident storage was a huge undertaking, it sets a high standard for the industry,” explains Travis Glover, VP of Business Development and Sales at Silencer Shop. “We know that any future competitors will have to overcome this same challenge.”

Another unique requirement Silencer Shop faced was Audit Mode. The software needs to be ready to handle ATF audits. In fact, requirements 8, 9 and 10 on their list are all about how a digital storage system cannot hinder the ATF during an inspection. In the case of 4473 Cloud, the user (FFL) will be able to set the parameters of the audit including the time period. Then, they’ll need to invite the lead ATF auditor (IOI user). The IOI user can also invite their subusers to do audits, assign documents to other users, and request documents from outside the time range.

In March of 2020, Silencer Shop began laying out the entire process and how users would interact with this first-of-its-kind software. Then, they reached out to Vice Software and engaged with their strategic UX partner, Brandcave, to create wireframes and a UX prototype. Brandcave actually designed this app before they even had a brand, using placeholder fonts, colors and logo. When 4473 Cloud was eventually branded, it was a simple, painless process to update everything in the design.

On top of working with their new team of software developers and UX designers, Silencer Shop also needed to make sure they kept the ATF in the loop throughout the process. In April of 2020, they began conversations with the ATF, giving agency stakeholders plenty of time to wrap their heads around 4473 Cloud conceptually.

From the standpoint of the ATF, it’s understandably confusing to make sense of all of the digital storage softwares. Every time an FFL applies for a variance to use one, they have to learn a new software. If FFLs all use 4473 Cloud to store their forms, then the IOIs only have to have proficiency in a single system. Silencer Shop even offered to train the ATF on 4473 Cloud and create a guidebook, so for the ATF, participating in the development process was a no-brainer.

“Once they realized that 4473 Cloud would make the ATF’s job easier, they were very pleased,” says Travis.

The Power of Frequent Demos

Throughout development, Silencer Shop demoed the application for FFLs and members of the ATF, allowing them the opportunity to provide feedback on the system.

“One great suggestion the ATF gave us was to develop the ability to flag a document that may have a potential error so other ATF personnel can look at it,” Travis explains. “From their suggestion, we created flags with different colors to indicate different auditors. This was entirely a feature that made the job of the ATF easier.” 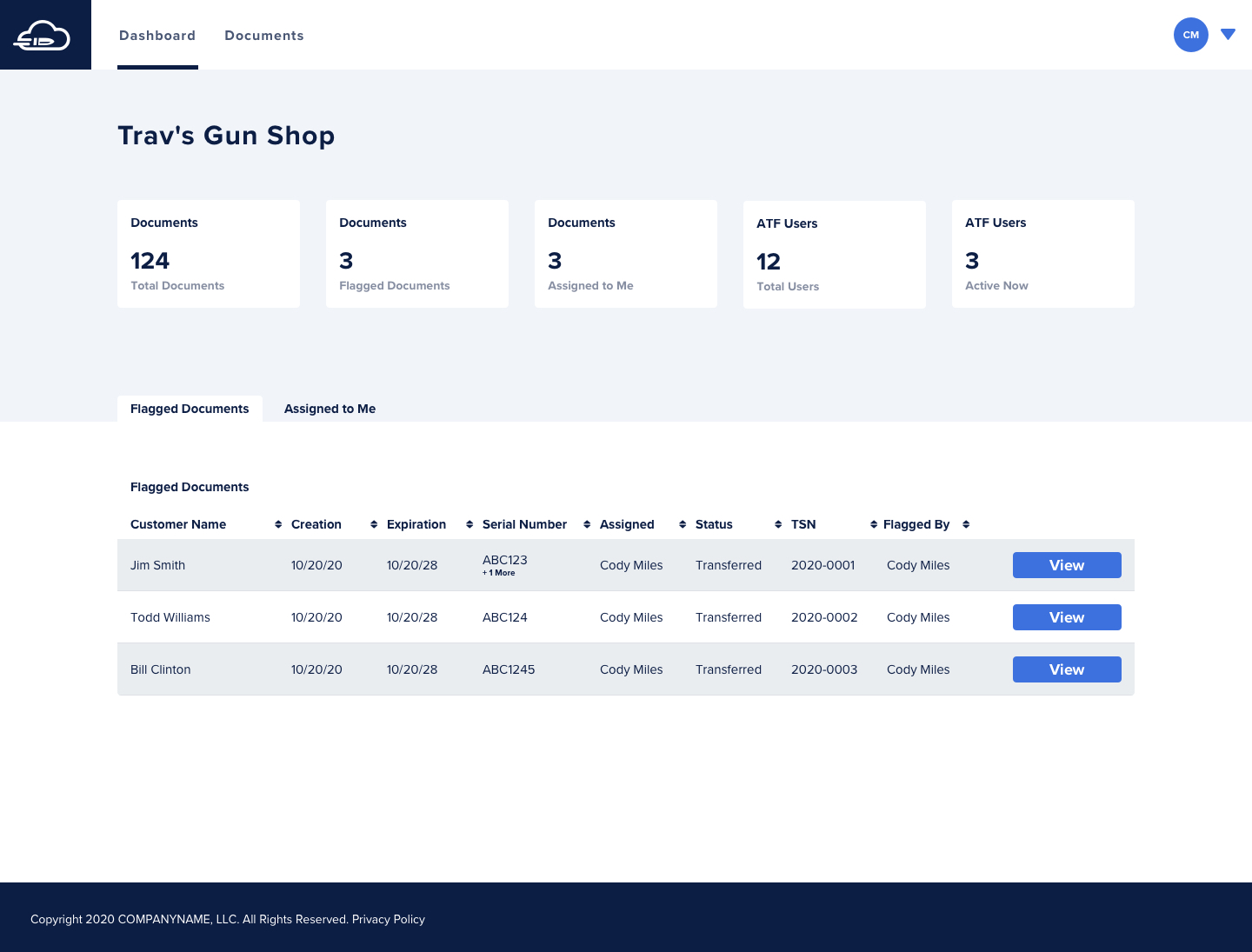 There were actually several features that were not in the original scope and introduced during the process of reviewing and iterating with stakeholders. Small features, such as allowing dealers to manage store hours, and larger features, such as ATF audit management, came about as a result of constant collaboration and frequent demos with all involved parties.

“Every time we did a demo, we’d have to iterate and change things,” remembers Travis. “Fortunately, anytime we had a suggestion that came out of a demo with a stakeholder, Brandcave and Vice Software were very flexible and able to accommodate us.”

With the help of Vice Software, the bulk of the programming was done by November 2020 and they were able to give a full demo to the ATF. Since then, the focus has shifted to polishing the software and making it production ready.

By the time all was said and done, Vice Software and Silencer Shop actually created two apps. The main app, 4473 Cloud, acts as a document management system for firearms dealers, and 4473 Cloud Back Office is for Silencer Shop. This app will allow Silencer Shop to access accounts to provide technical support and help the sales team track performance. 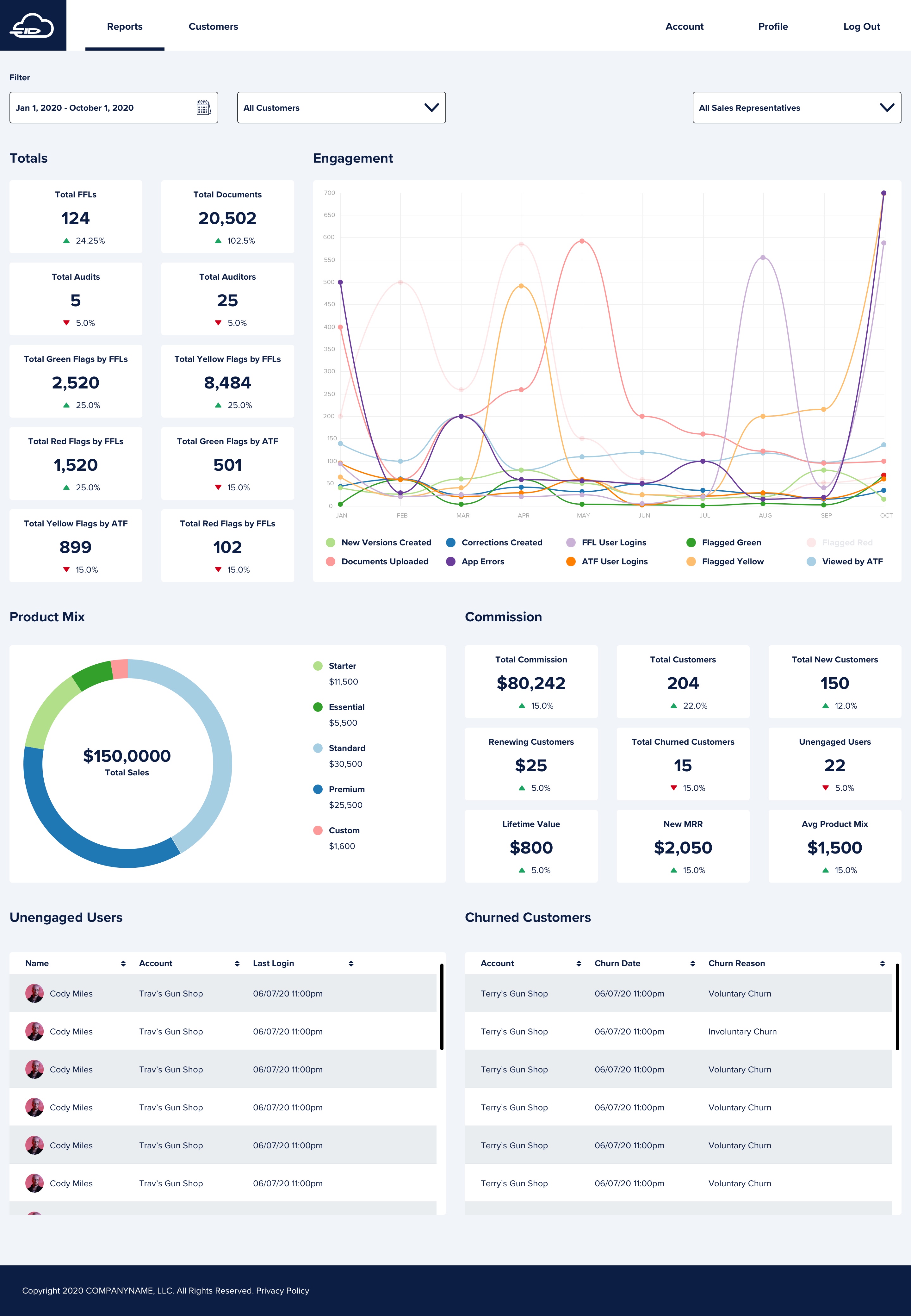 Even prior to receiving final approval from the ATF, Silencer Shop was using their software to upload their own 4473 forms, giving them the opportunity to work out the kinks. Now that they have received final approval, they have started to actively integrate 4473 Cloud with e4473 software providers. 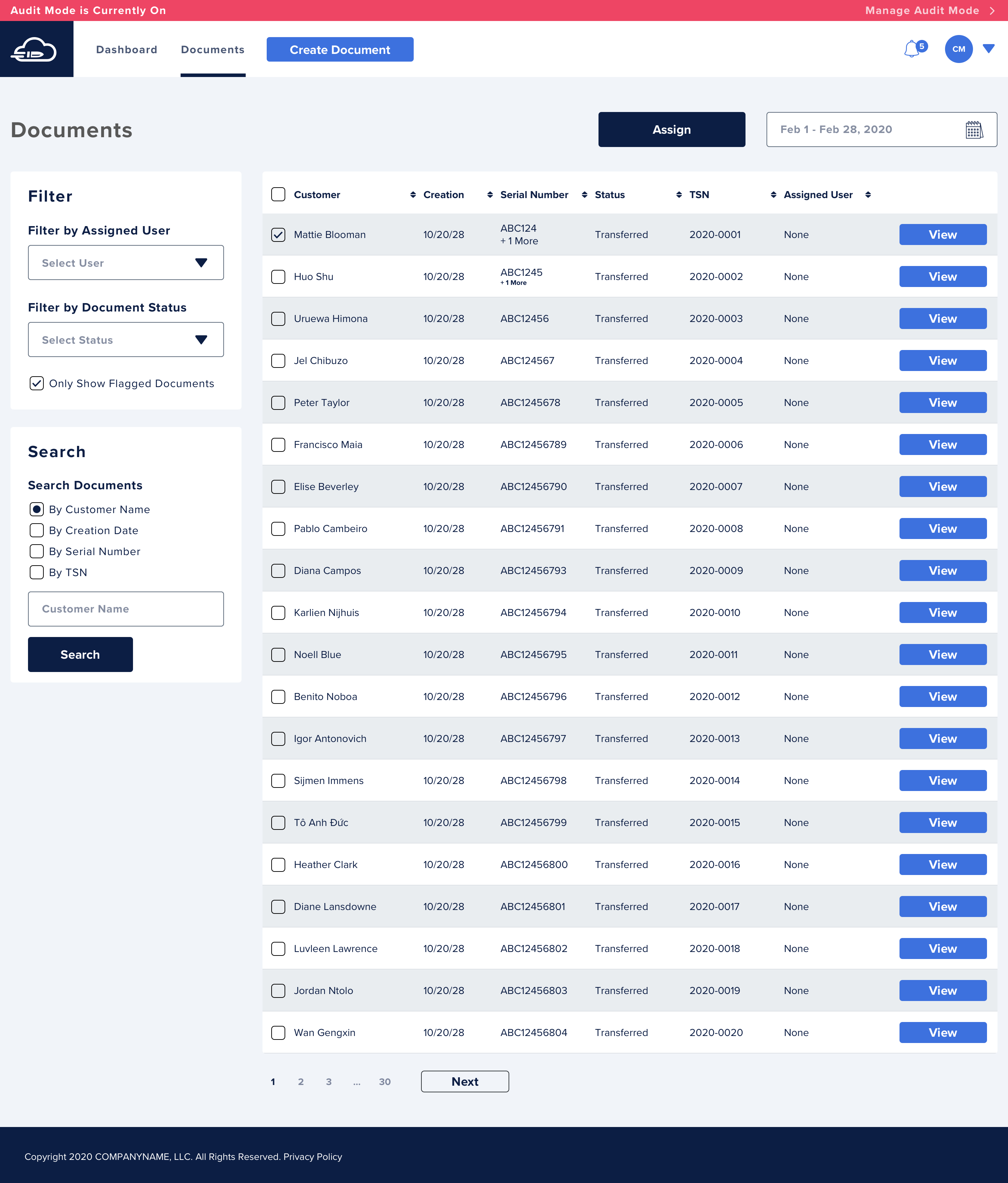 As for working with a team of developers who previously had little to no experience in the firearms industry, Silencer Shop was pleasantly surprised with the outcome.

Vice Software has been offering custom application development services for over five years. Cofounders Ryan Vice and Prashanth Tondapu are on a mission to improve software development by utilizing modern toolkits, a globally distributed team and a uniquely agile project structure that prioritizes their clients above all else.

The result? Vice Software is able to keep costs from skyrocketing while leveraging phenomenal talent. Their accurate estimates keep your project on budget while their lean development style allows them to move quickly and efficiently produce the most valuable assets. With this formula, they are able to offer high quality custom application development at an affordable price point.

Every industry faces unique challenges, but the flexibility and innovative problem solving inherent in the development of custom software make it a viable solution for any business dilemma. If you’re ready to work with a team that embraces new technology in all its forms, request a quote from Vice Software today to get started.